Blasts from the Past: Ancient Designs Still Relevant Today 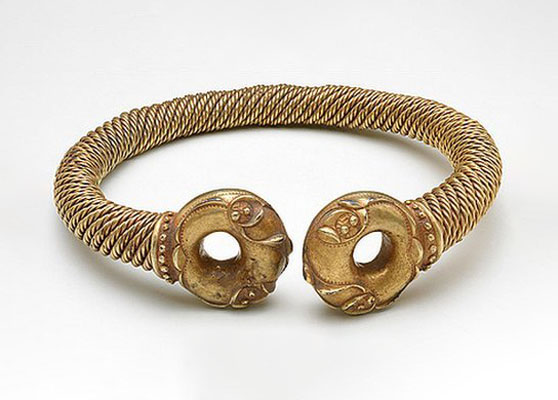 You know I love ancient finds, whether buildings, mosaic floors, pottery or jewelry. In this photo we see an ancient Roman “torq” necklace found in Newark, Britain. The neck collar, which is a combination of gold and silver dates to 250 BC and is now on display in the British Museum.

An amateur sleuth found it with his metal detector in 2006 and the local District Council purchased it in 2006 for 350,000 British pounds.

Certain well-known designers use the cable as a signature element, the most famous being David Yurman. I’ve written before about timeless design vocabulary and how certain shapes, fabricating techniques, and symmetrical forms are still common because they are so inherently satisfying. Twisted cable is one of those designs. I’ve used it myself in small stacking rings and bracelets and pendants. 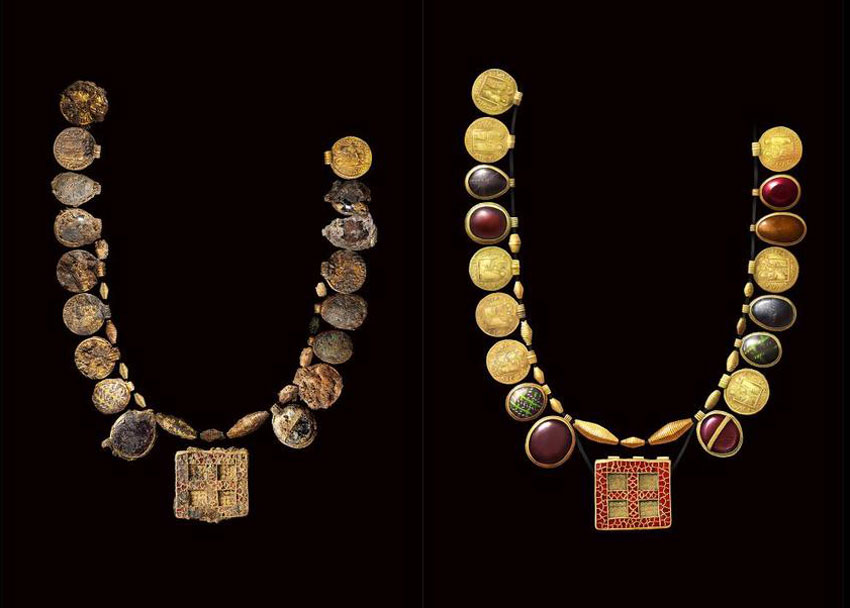 And, in case you missed it…. Another ancient treasure excavated in Northamptonshire, Britain. The Romans occupied Britain from 43 AD to 410 AD, giving them time to bury their dead along with elaborate treasure troves. This explains the find at Sutton Hoo, which I’ve written about before. This coin and bead necklace was found in the grave of an important Roman woman.

The BBC tells us “The grave site is thought to be the most significant burial from a unique sliver of English history when pagan and Christian beliefs intermingled, and women held powerful positions in the early church.

The discovery's importance, the archaeologists said, was of a similar magnitude to that of other monumental Anglo-Saxon treasures unearthed in England, such as Basil Brown's famed find in 1939 at Sutton Hoo, where a warrior king was buried in a ship, and the Staffordshire Hoard of gold and silver artifacts, discovered in 2009 by an amateur metal detectorist in a field in Staffordshire, England.

About a dozen other high-status female burials, known as bed burials, have been discovered elsewhere in England. In some cases, the grave sites included similar necklaces.”

This necklace is another example of a classic design that still appears today. It mixes various gold textures and techniques with pictorial coins and gemstones. The long beads were likely made individually as there are no repeat patterns, however, they may have had several models cast and used individually. The gemstones are encrusted in what appears to be a rough bezel setting which is a technique still used today by some designers. The center element uses enamel and the coil design, which is one of the earliest designs in gold.

I love the “now” and being part of an ancient continuum. 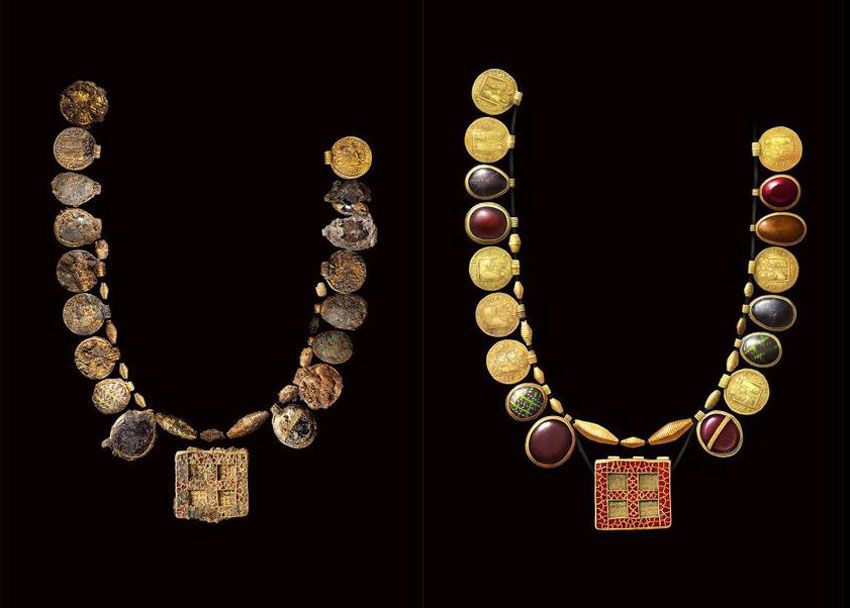