While sheltering in place,  I'm taking the opportunity to learn something new every day. Yesterday, I spent an hour on a Zoom conference with one of the world experts on coral, Enzo Liverino, from Torre del Greco, Italy. This town, near Naples, was the center of coral harvesting in Italy and still is a center for Italian coral-jewelry making and cameo carving. The locals are sometimes called "corallini" after this gem.  We were told that jewelry coral is "precious coral" and not endangered because controlled harvesting protects this group. Precious corals occur in deep red oxblood (Mediterranean), white (Shiro:Japan), deep peach (Momo-Japan,) and pale pink (Angelskin : Japan and Taiwan.) Common coral, however, can be dyed, impregnated with resin for stability, and is often spongy. Black, blue, and yellow coral is dyed.

For thousands of years, coral has been collected and prized by global civilizations, from the Bronze Age  ancient Mediterranean, to China, Africa, and Japan. Japan and Taiwan began farming coral in the 1870's and are known mostly for the angelskin, the Shiro (porcelain white), and Momo coral, a deep peach color that forms in large pieces. Momo coral is often carved into decorative objects like boxes, clocks, and other pieces. Museums have beaded works from the Neolithic Mediterranean, which were traded into Equatorial Africa by the Portuguese. 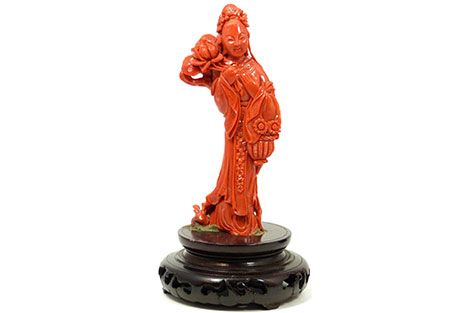 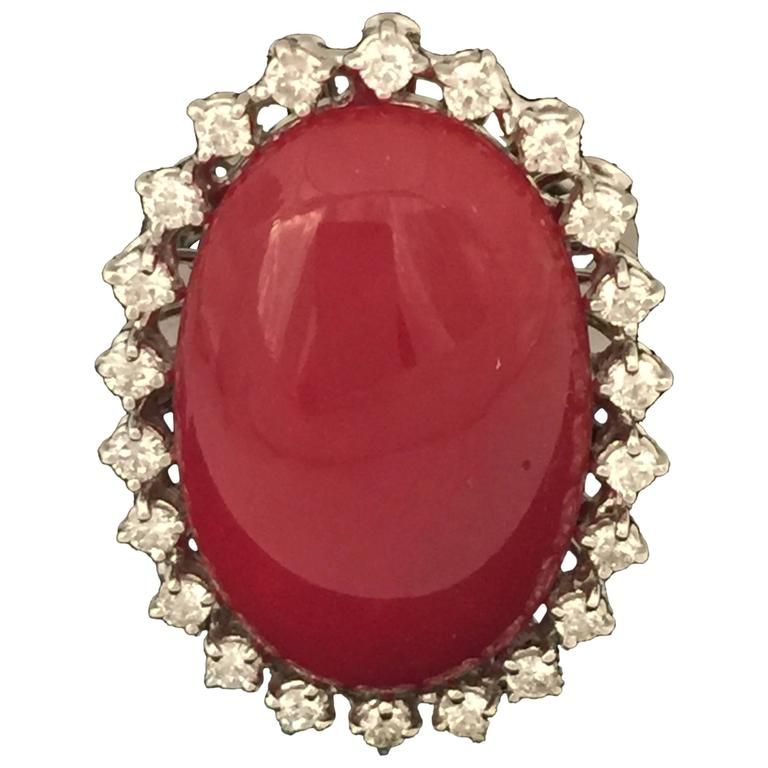