Di Sua Mano (By His Hand)

Di Sua Mano (By His Hand): Michelangelo and His Early Works

The Italians call him "Il Divino" for good reason. A recent show at the Metropolitan Museum of Art in New York City offered an astounding look into the early works of this Renaissance Master, including a 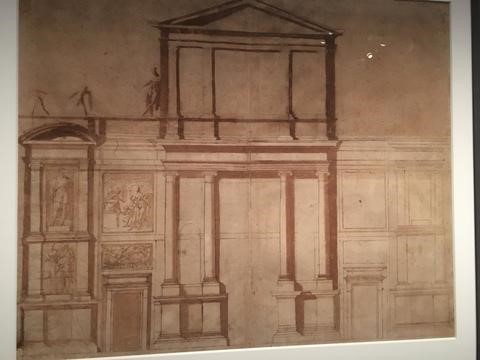 sampling of early sculpture, blueprints for the Laurentian Library, and poetry written in his own hand. From the time he was a teenager, Michelangelo’s talents were well-noted, most particularly by Lorenzo da’Medici, the powerful Renaissance "banker" known above all for his patronage of the arts. This discovery of  young Michelangelo's talent led him from one important commission to the next. He sculpted the  Pieta by age 21 and the David by the time he was 26. 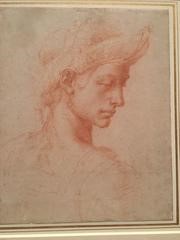 What struck me as I inched through the exhibit  was the slow, steady, persistent study and energy Il Divino applied all of his life to several major artistic pursuits: painting, drawing, sculpture, and architecture. He and Leonardo da Vinci hotly competed for originality and artistic notoriety, although each man had his own style of genius.

This constant work, the drawings on any surface available, the expansion of his talents to include architecture, and his beloved sculpture-making, required hours of study, risk-taking, and years of physical struggle. The opening of the mind, ability to grasp and work with the specific principles embedded in each art form belies a massive intelligence.

How many people today could honestly say that they would be willing to do this kind of work? How many of us could stay focused and sustain our own bruised egos in the face of stiff competition, rancor, and brutality that was rampant among Renaissance masters in Florentine society? 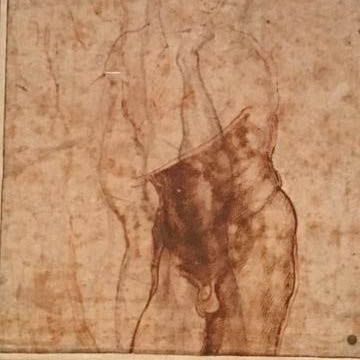