In 1215, the Pope Innocent lll declared that marriage intentions must be made public in advance. And that there must be a waiting period before the marriage ceremony. This single declaration likely caused the tradition of engagement rings to blossom and become a cultural “necessity.” Around this time, the Roman Catholic church mandated that all weddings be held in a church and only the wealthy were “allowed” to wear ornate rings made of precious metals and gems.

During this period, India was the primary source of the world’s diamonds. These diamonds were alluvial, meaning they were picked up from riverbeds. There was no diamond cutting technology yet, so the stones were set as octahedral crystals --their natural shape-- in what became known as a “point cut.” Most point cuts no longer exist because the points inevitably chipped. 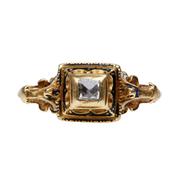 The table cut, of the 1400’s, was the successor to the point cut. This cut looked like a square within a square. Table cuts were often placed in ornate gold and enamel settings to distract from the diamond’s limited light return. One wonders why diamonds were so prized from the earliest beginnings of awareness (ancient Egypt) because they are not that attractive in their natural form. Their hardness and seeming indestructability likely has much to do with it.

By the 1700s, more and more engagement rings had diamonds, although they were still for the wealthy. A good, oft-used substitute for the less well-off was rock crystal mined from Europe. Rock crystal is clear, sparkly, easy to cut, and takes a good polish. I love to use it. 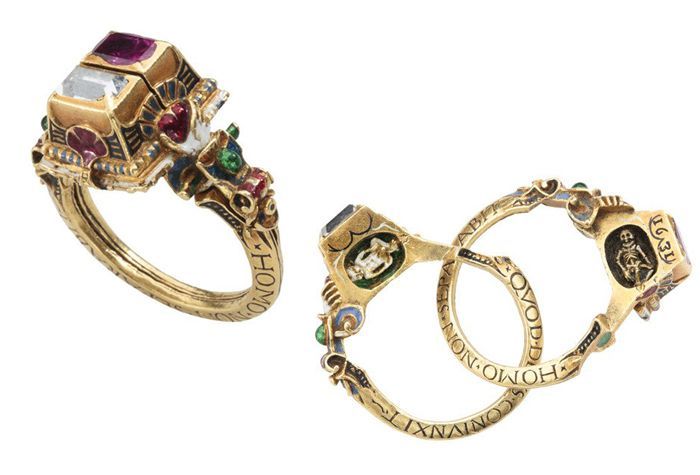 Of the 1400’s, Late in the 17th century, the rose cut diamond emerged. In addition, cluster rings became popular and were seen with collections of table cut rubies, sapphires, pearls, and other colored gems. Other Engagement Ring Styles of the 14th – 17th centuries “Mani in Fede, “ Gimmel, and Poesy For centuries, “Fede,” Gimmel, and poesy rings were the top choice for engagements, and weddings, and rings.

The full name, mani in Fede—hands clasped in faith—was made of gold or silver. Fede rings date back to Roman times, and maybe before, when rings designed with clasped hands and other symbols became very popular. Fede rings were not exclusively used to denote engagements, however, but were also given amongst good friends and close relatives to symbolize devotion and loyalty. 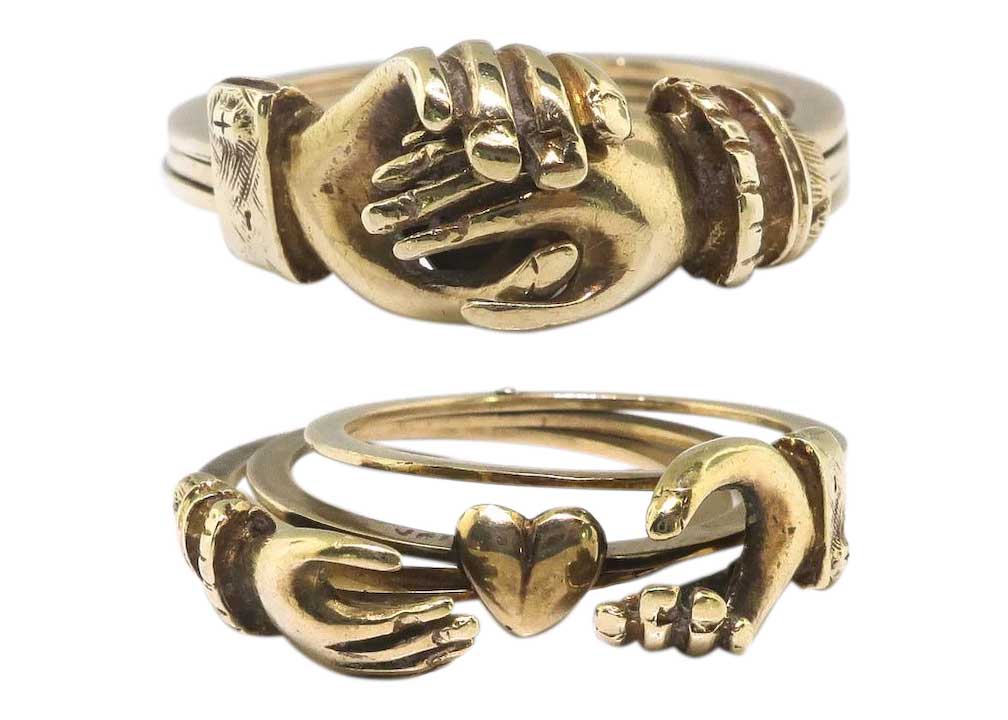 A creative offshoot of the Fede is the Gimmel, which is derived from the Latin “Gemellus” for “twins.” Gimmel rings are two or three rings that fit together as one. Early tradition was for each person in the couple to wear one half of the ring and on the wedding day, the bride received the other half and wore them together. In the case of three connected rings, one symbolized each partner and the third symbolized the whole of their relationship. 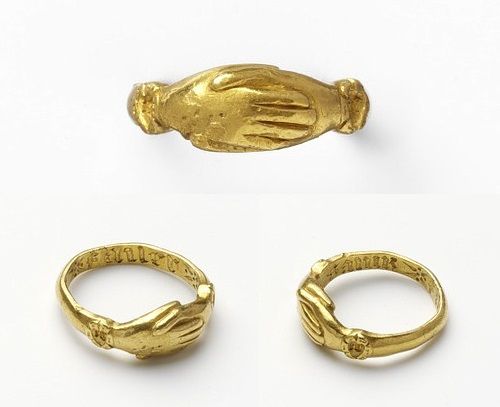 There is so much more to tell you about this rich history of one of our favorite types of jewelry. Stay tuned. 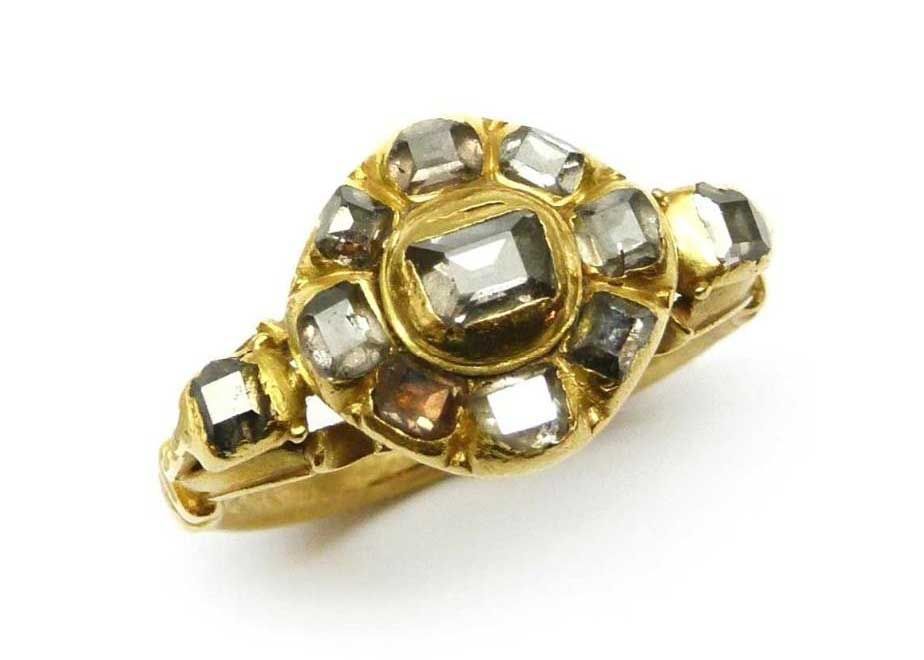