The History of Engagement Rings

When we get a piece of jewelry, we naturally focus on our own reason for the acquisition. Is it a birthday or anniversary? A gift to self after a tough slog at work? We rarely think about the fact that we are part of a long line of humans who have been wearing and cherishing jewelry for millennia. This is particularly true of our wedding jewelry which is so dominated by diamonds: big, sparkly diamonds surrounded by more diamonds. We assume that betrothal jewelry was always a symbol of love, which it most definitely was NOT.

Rings as tokens of love originated in Ancient Egypt with gold in a starring role. According to GIA, “It was the Egyptian pharaohs who first used rings to represent eternity. That’s because a circle has no beginning and no end and reflects the shape of the sun and the moon, which the Egyptians worshipped. The Egyptians also thought that the open space in the middle of a ring represented a gateway to the unknown. The Egyptian ouroboros (oor-uh-boor-ros) rings portrayed a serpent swallowing its tail, representing the eternal cycle of things. The ouroboros is one of the oldest symbols in the world, and its name means “tail devourer” in Greek." 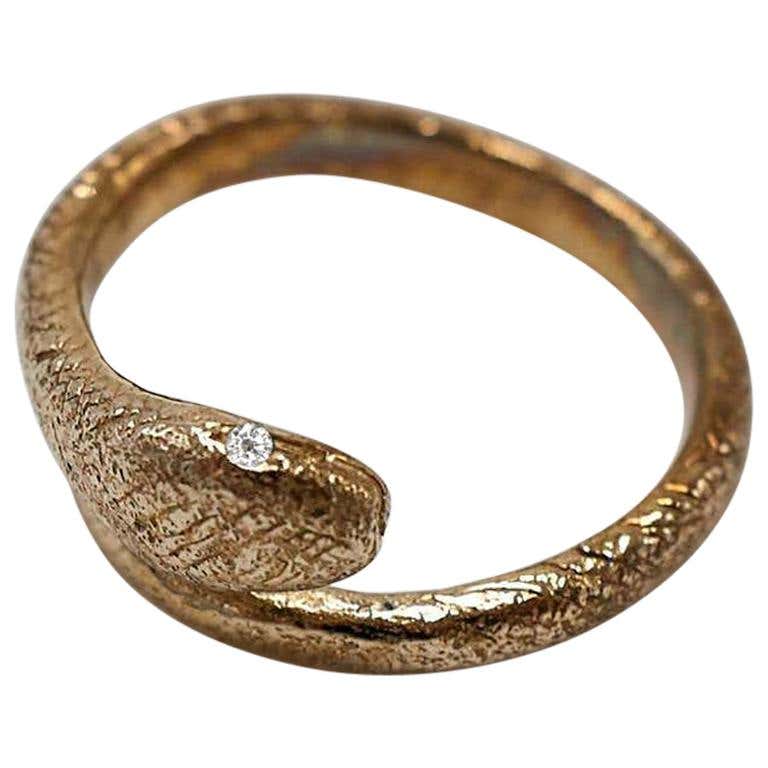 Rings, as tokens of household commitment began in ancient Rome. around 100 BCE. A marriage contract was akin to a business contract: “Aurelius hands over control of his household to Octavia…” Essentially, the "ownership" of the woman passed from her father to her husband. This ring shown in this photo was a rather ornate version of a typical iron band. It looks like a key, meant to give the wearer the key to her husband’s home. The use of iron symbolizes strength and permanence. 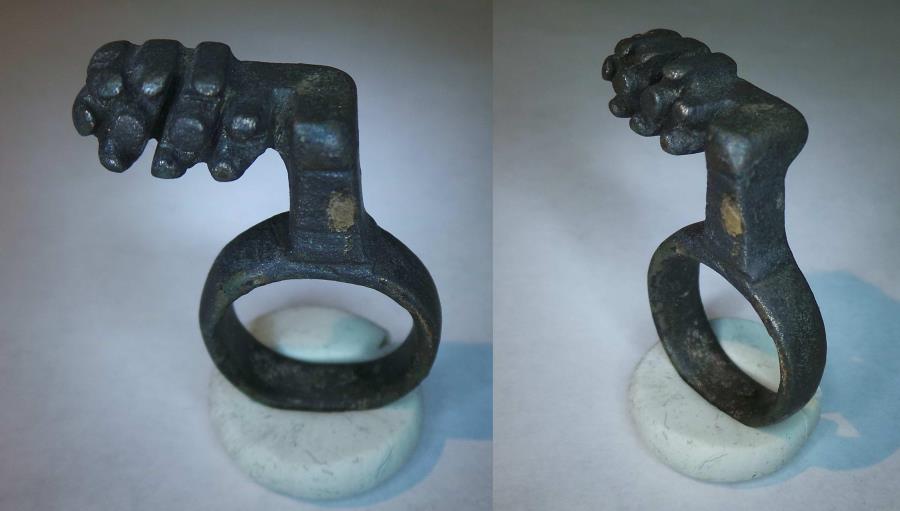 It took about 100 years for women to get sick of wearing only iron, which rusts, is rough, and otherwise is no fun at all. Moving along to the 2nd century, betrothal was not legally binding although marriages had to be granted the right of “connubium” meaning a couple could live together if either one was not already married, a eunuch, or not related by blood. It was simply a vow of “present consent.” But now, Octavia got an iron ring to wear at home and a gold ring or bracelet for public outings to symbolize wealth.

At some point in Roman culture, it was law that a woman should receive both an engagement ring AND a wedding ring, so we can thank them for our present day delight in two rings.

The 4th century gives us simple gold betrothal bands with engraving inside. Still, the engravings were not private declarations of love but an affirmation of his trust in the woman to make a home. Note that we still use interior engraving but now, it is a symbol of love. 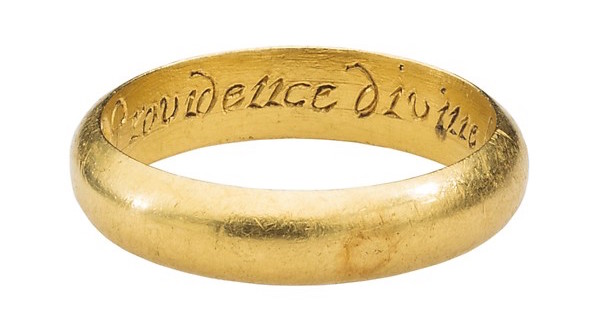 In the 5th century Rome, the betrothal ring was actually handled by a priest, who touched it to three fingers of the bride reciting “Father, Son, Holy Ghost” and put it on the fourth finger of the left hand. At that time, Romans mistakenly believed the “Venus Amoris” or “vein of love” leading straight to the heart existed in what we call the “ring finger” now.

Pope Nicholas decreed that the ring stated a “man’s intent to marry.” It seems that the concept of intention and commitment originated more formally within the Roman Catholic Church. Apparently, many women who received betrothal “token hoops” were later left by the side of the road. This resulted in ruining a woman’s life, as she was thought to be rejected and then permanently shamed. The Church saw this happening and decided to do something about it. Gold was the material of choice although it was not uncommon for the man to wear the gold version and women to wear the silver.

In the 7th century engagement rings were so large that they were worn on the thumb. 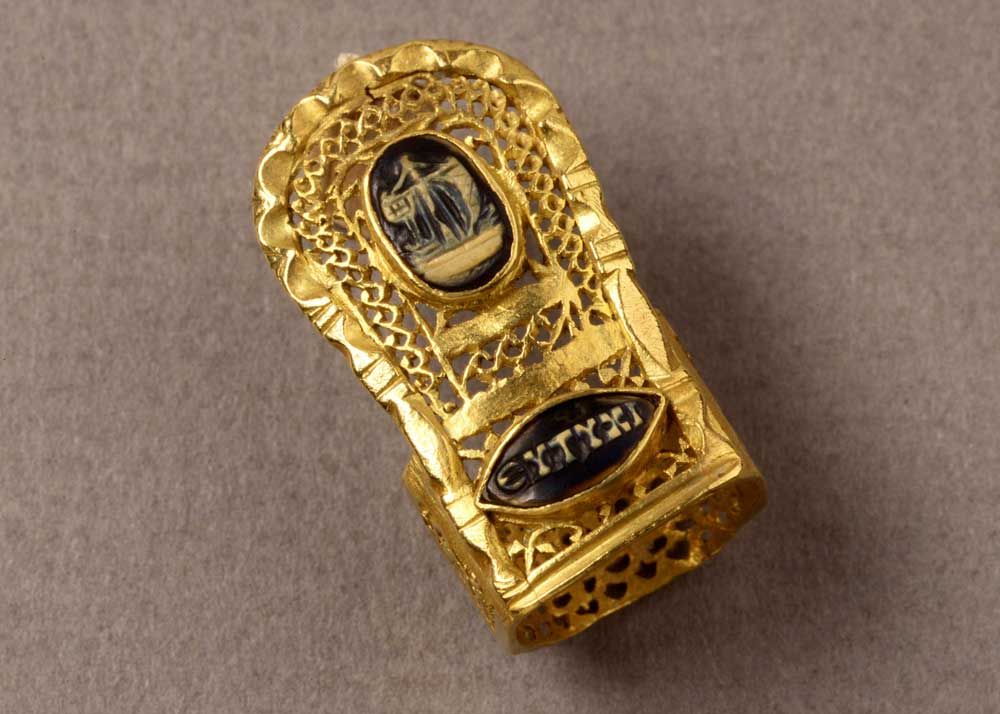