The Treasure from Sutton Hoo

We recently watched a Netflix film called “The Dig” because I love archaeology and we both love Ralph Fiennes, who stars as a local “amateur” excavator who unearths one of the most exciting finds ever in Britain: the boat and gold “hoard” under a burial mound on an estate in Suffolk. If you haven’t seen it, it’s worth a watch.

The owner of the land, Edith Pretty, hired Basil Brown, the “amateur” to dig into the mounds on her land. She and her deceased husband originally bought the land because of the presence of the mounds and her intuition that something important was buried there. Edith was a lifelong archaeology fan, too and daughter of an archaeologist. She had travelled to Egypt and visitied the tombs, so she had good reason for her intuition.

What the film doesn’t say is that the British Museum ended up excavating all three mounds on her property and found many gorgeous articles that were made by expert metalsmiths. Edith donated her findings to the British Museum in 1939, which hid the stash in the London Underground during WWll. She died shortly thereafter, in 1942, leaving a young son. The archaelogists believe that this boat was a grave, likely for an Anglo-Saxon king although no one knows his identity.

But this site was indeed a burial mound with the indentation of a body in the soil, although the body has long since gone. According to the British Museum,” The mourners at Sutton Hoo chose and arranged the grave goods around the burial chamber in a meaningful way to transmit messages about the dead person's identity and status in society – as a mighty leader, wealthy, generous, connected with the wider world and the glorious Roman past.”

Here are some fabulous examples of the finding at Sutton Hoo.

This is the lid of a purse. The purse fabric had deteriorated but the gold coins found inside where still there, as was this magnificent lid, made of whalebone (very rare at this time), cloisonne enamel, garnet, and millefiori glass inlay. No one knows exactly where this was made, although there is continuity from Nordic themes of fierce beasts and men which may signify courage and bravery. 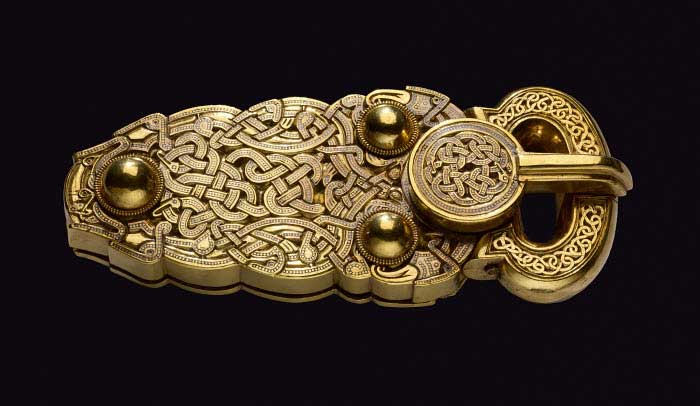 Finally, some of the most moving pieces tin this find are the helmets, which look so much like a portrait. You can almost see the person behind the mask. The British Museum rebuilt this mask from fragments, but it haunts me. This helmet, and many of the others, has a mustache. 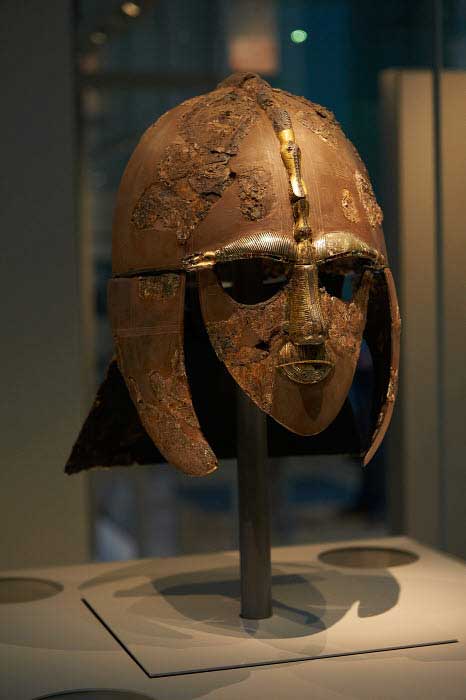 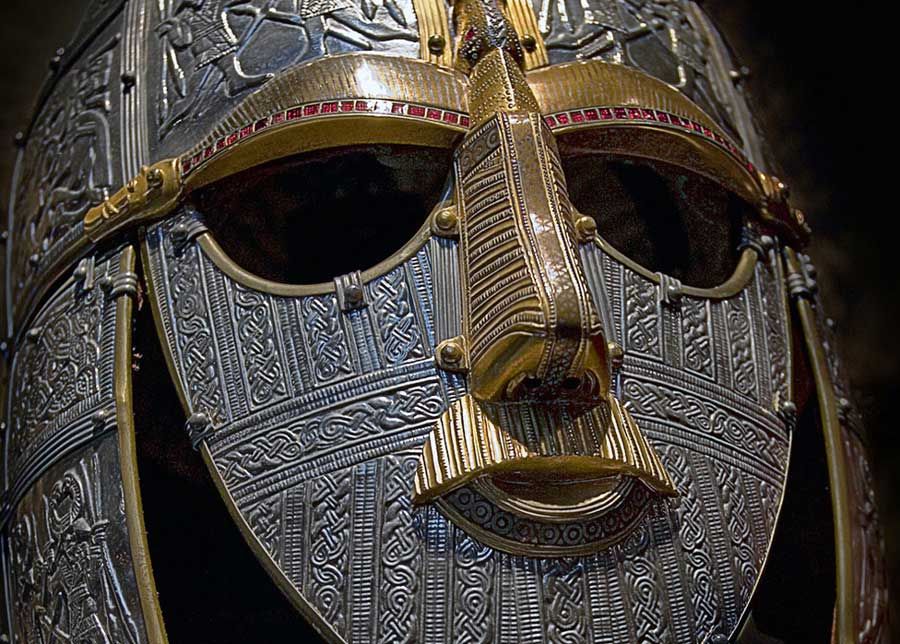 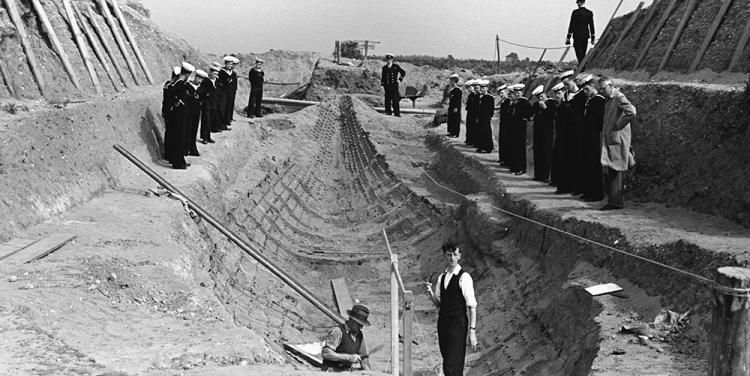