The world's first recorded opalized pearls, relics of creatures in an ancient inland sea dating back 65 million years, have been unearthed by two miners in the South Australian outback.

Dr. Ben Grguric from the SA Museum, where the pearls have gone on display, said opal miners Dale Price and Tanja Burk were sorting through a spoil heap when they made the discovery.

"The miners pick out anything that glows with ultraviolet light because even a small chip of opal might be worth something if it's high quality with a high range of colors," Dr. Grguric. "It turns out these resembled pearls."

Opals formed when seas dried up and alkaline soil dissolved the silica in certain rocks, as well as bones and shells - and in this case, pearls.

"A lot of the opal fossils, including bones and shells, were formed during the cretaceous period, which was an era earlier than 65 million years ago and the age of the dinosaurs," Dr. Grguric said.

The pearls are still owned by Mr. Price and Ms. Burk, and are only on display for a short time at the SA Museum. "It's difficult to put a price on them, and from the point of view of a gem they're not particularly valuable," Dr. Grguric said.

"But from a scientific view, you'd argue they were priceless." He said there were a lot of shell fossils in the Coober Pedy region, and those with a sharp eye may come across more opalized pearls in the future.

I'm definitely keen to see some more of these pieces unearthed! 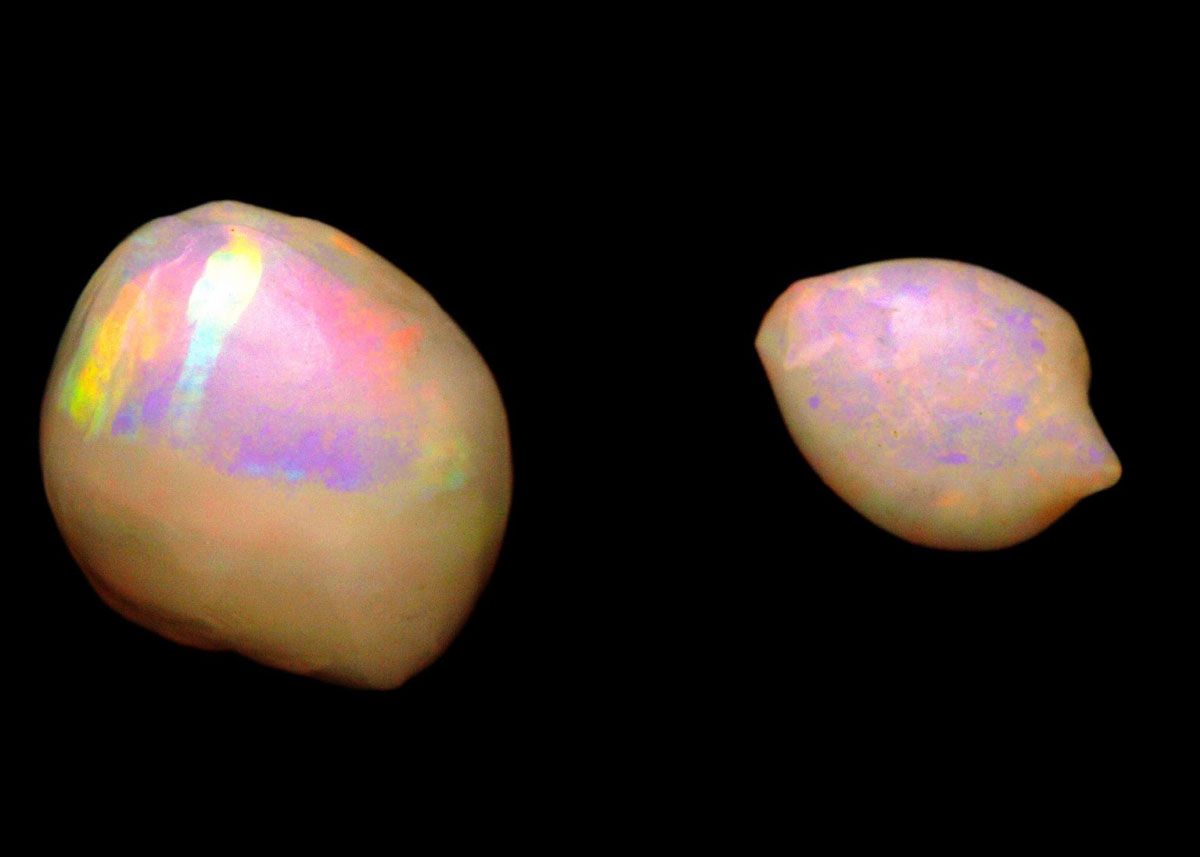 Two of the opalized pearls.