You all know I love sapphires.  Any color, any shape, as long as they are well cut and refractive.

For quite a while now, I’ve been buying from a Swedish gem group which carefully sources its sapphire material from a small mining village in Sri Lanka. The Swedes have recruited and trained local miners and cutters so they can work together and benefit more directly from selling local material. Each stone is traceable to a particular mine.  This amount of transparency may seem a bit quirky, but I love knowing that the stones in my work translate to gain for the hardworking and under-recognized locals. At the wholesale level, I pay a bit more, but I don’t mind. We are getting unheated sapphires in beautiful colors and unusual geometric cuts.

Following are some excerpts from an interview done by the Swedes when asked about their fair trade operation.

“For 14 years, I’ve searched for the most skilled cutters in Sri Lanka and India. Early on, I vetoed India since they are more industrialized, whereas Sri Lankan cutters are usually smaller-scale artisans with family-run operations.

I noticed there was incredible skill hiding among Sri Lankan cutters. My breakthrough came where I offered to pay double the price to a promising Sri Lankan lapidary, but only if they always used ”ideal angles” when cutting. Previously, cutters were making the bottom of the stones bigger to retain more weight. They did this to maximize income, because the cutters were paid per carat. Our new agreement solved this issue and guaranteed us only premium cuts.

When I found an independent stone cutter in the town of Nivithigala name Sampath, I was astonished (as was my extremely picky Cutting Manager here in Sweden). He was using a home-built machine which probably cost about $200 to make (compared to our $5,000+ machine here in Sweden) and his cutting was magnificent.” 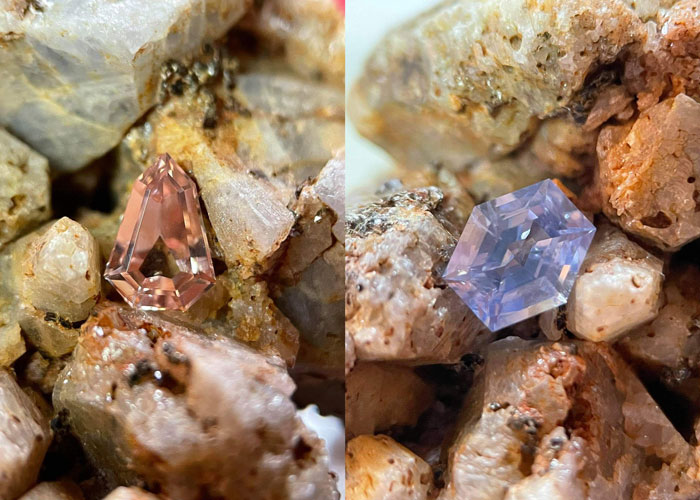 How do you Ensure Traceability?

When we started this project, we didn’t know that our cutter in Nivitihigala was such an impressing cutting artist. We originally collaborated with him because he knew numerous miners in the area and could ensure traceability. He would source the rough sapphires from mines in the area, and later transfer the rough sapphires to our regular lapidary closer to the Sri Lankan capital, Colombo.

Upon discovering this man’s unparalleled cutting skill, our project turned out even better than we dreamt. Now, both the mining and cutting happen locally in Nivithigala. Even the heat treatments (in the cases where they’re applied) are done by traditional “burners” locally in Nivitihigala. They use old blow-pipe and fire techniques, rather than the electrical furnaces used in the larger processing centers in nearby Rathnapura and Thailand. 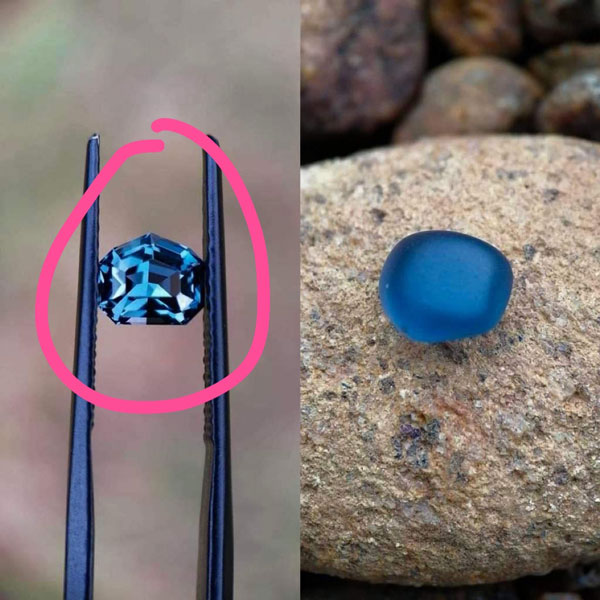 How Do Miners Protect the Environment?

Sri Lanka is the world’s oldest and most fabled source of sapphires. In 2000 years of mining, they have developed a system to work with the environment and not against it:

There is so much more to this story, but I’ve already gone too long. I’ve made and sold some recent stone acquisitions but there are more for you.  Just give me a call or come visit.

Sapphire sparkles from me to you.
Diana